The Challenge Of Being Church To Our city

Posted on November 3, 2013 by jamespetticrew 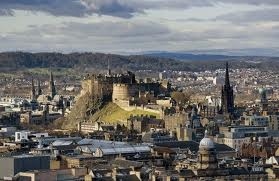 Outline of a talk I gave at Mosaic Edinburgh

I DON’T KNOW IF YOU HAVE NOTICED BUT WHEN IT COMES TO CITIES THE BIBLE ALMOST SEEMS TO SPEAK WITH A FORKED TONGUE, IT SEEMS TO HAVE TWO CONTRADICTORY VIEWS ABOUT CITIES

ON THE ONE HAND …. cities like, Babel, Sodom, Babylon, Nineveh, Rome and even sometimes Jerusalem are condemned for being the breeding ground of human sin and arrogance as well as the source of rebellion against God.

ON THE OTHER HAND … In the OT Prophets like Isaiah had picture the city of Jerusalem as being restored to its intended purpose a place of encounter between God and humanity and as a result the nations flocking there to encounter and worship the true and living God. The city can be a community and culture where God is embodied, encountered and experienced. When we get to the book of Revelation and God reveals his future for humanity, as well as picturing it as a return to the garden of eden, the future of God’s people is also seen as a “holy city.” A city that embodies God’s character.

So its seems that when we turn to Scripture we get two apparently opposing ways of understanding the city.

It is a place of oppression and injustice and an expression of humanity’s rebellion against God.

Yet there is also to be a holy city where humans will live in harmony with each other and with God.

We see this tension most clearly with Jerusalem. In the OT Jerusalem as well as being a centre of rebellion against God and the place which has murdered his prophets was to be “the city of the Great King” Ps 48:2, the dwelling place of God. The earthy Jerusalem was to be a foretaste of the heavenly Jerusalem according to the writer of Hebrews a city “whose architect and builder is God.” Hebrews 11:10

So in God’s Word we have this tension between what cities are now and what God’s intention is for the city.

When it comes to responding to the city GOD’S people have often followed one of two options.

AMISH OPTION …. you withdraw, cities are just too sinful for Christians so they should leave the city. Some Withdraw, physically like the Amish or culturally, they live in the city but have no meaningful interaction with it, the motto is “come Ye apart” (We are not here to clean up the fishbowl but to catch the fish)

CHAMELEON COMPROMISE …. You attend a service and then the rest of the week you just fit in with what is around you, just reflect the culture

SO WHAT SHOULD BE OUR RESPONSE?

Morna Hooker says “
Our task, then, is not to despair of this world, and dream of a future utopia, but to endeavour to make this world what God intended it to be. True, the task is an impossible one: in spite of all our endeavours to make this world what God intends it to be, we are not going to build the Kingdom of God on earth. But for those of us who live in cities, or who work in cities, as most of us do, the biblical vision of a new Jerusalem is not just a promise but a summons to action. The task of God’s people is to witness to what the city could be: a just society, a caring society, where every individual has his or her place, and where all live in harmony. Holiness is about transforming this world”

JESUS & HIS DISCIPLES & APOSTLES …. Mission was to face the challenge of the city and live as a challenge to the city

“The New Testament suggests that mission was accomplished by embodying the Gospel, as much as by proclaiming the Gospel, and embodying it requires a physical presence. The network of Christian communities” Hooker

Church was to be a living breathing, if at times flawed embodiment, of what God intends to do with the human city.

so as MOSAIC EDINBURGH

FACING THE CHALLENGE OF OUR CITY

I tried to think about the challenges our city poses to us, the way it embodies sin and is damaged by sin. Maybe you could think of others.

*A vibrant city . . . but Edinburgh is the loneliest place in Britain to live – Edinburgh Evening News,

A study, conducted by researchers at the University of Sheffield, claimed that 33.1% of Edinburgh residents were likely not to feel as they are part of or involved with their local community. The neighbourhood of Holyrood was the loneliest within Edinburgh, with 86.6% of residents likely to be disconnected.

The researchers found that the loneliness figure had risen by 13% in Edinburgh since 1971, overtaking London to attain the dubious distinction of being the loneliest city in the country.

It is estimated that there are 20,685 alcohol dependent people in Edinburgh using 2010 population figures and the work of the Scottish Alcohol Needs Assessment project that estimated. This equates to 5% (4.6-5.4) of those 16 years and older being alcohol dependent

Edinburgh experienced a rapid increase in deaths in its residents directly due to alcohol during the late 90s and early 2000s. Figure 1 below shows that through the 1980s direct alcohol-related deaths averaged about 60 residents per year. This had doubled to 120 by 2000. The actual peak was in 2005 with139 deaths. There has now been a slight tailing off from this peak

Alcohol addiction among executives and professionals is a growing problem in Edinburgh. Alcohol addiction has a hugely negative impact on individuals, their families and on their workplace environment.

“Alcohol addiction among executives and professionals is a growing problem in Edinburgh. Alcohol addiction has a hugely negative impact on individuals, their families and on their workplace environment.”

Ever since David Hume Edinburgh has had a tradition of militant atheism.

CS Lewis said there were two mistakes we could make when it comes to Satan, talking about him too much or too little, we can make the mistake of seeing the demonic everywhere or nowhere

All down the centuries Edinburgh has had a dark side connected with the occult and supernatural. We don’t think witches should have been burnt but neither do we think that all of those accused were kindly mistaken nice old ladies.

Occult now celebrated and encouraged in the city.

Impact on the church, experience of persecution of one church by the other was this demonic ? Has it continued influence ?

Edinburgh renowned for it’s relaxed attitude to it’s “saunas” which may now be changing. Saunas have often been connected to human trafficking

“VICTIMS of human sex trafficking have told how they were enslaved by witchcraft, torture and death threats in modern-day Scotland. The harrowing stories of ten women were compiled by campaigners investigating the world’s fastest growing organised crime. Nine came from Africa, one from South America. In one of the testimonies to a charity, a 21-year-old told how she was branded and forced to take a “witchcraft oath” to prevent her escaping.

She said: “I had to take the oath. I was given this mark on my hand. I was told that this mark, if you tell anyone what has transpired, you are going to die. “They gave me a razor blade to eat, they took my armpit hair, they removed my nails from my toes and my fingers.
They removed the hair on my body, they tied it up and put it in this shrine, then they tear my body and told me that if I tell anyone, ‘you will just die’. When I saw the shrine, it was so big, I was so scared.”

The women tell their stories in research commissioned by the Equality and Human Rights Commission (EHRC).” DAILY RECORD

Suicide biggest cause of premature death among young men. People leading lives that are pointless and so they become thrill seekers and pursuers of pleasure for it’s own sake.

BEING A CHALLENGE TO OUR CITY

How can we connect our challenge to the city through our proclamation and demonstration of the Kingdom of God with the challenge of our city in practical meaningful ways?

This entry was posted in Uncategorized. Bookmark the permalink.

2 Responses to The Challenge Of Being Church To Our city