I wait fairly regularly at the bus stop in the picture, buses are just about the best way to get around Edinburgh with parking charges being set by Dick Turpin and half the cities roads being dug for years on end for the trams. Waiting in a queue (or a line for you north americans) at a bus stop is quite a lonely experience in Edinburgh. In Glasgow people will often chat away, especially if their tongue has been loosened by a visit to the pub. In Edinburgh the combination of tourists and what I might politely call east coast “reserve” means that people hardly ever knowingly have eye contact with you let alone start a conversation with you. In fact, many people have their head buried in a newspaper or have ear phones in just to reinforce the message that social chit chat isn’t on their agenda. They merely happen to be at the same place at the same time for the same purpose, at a bus stop waiting on a bus.

However a few weeks ago a group joined the bus queue I was in and were the exact opposite of what I just described. They were involved in animated conversations, they huddled together and it was clear they knew each other well. They were a group of students who were some sort of football team (translation for North Americans again, that’s soccer to you) and they were discussing the game they were going to play. They talked about their team, the other team, tactics etc. It was clear that having a common purpose had drawn them together into community of strong relationships quite unlike the rest of us individuals who only shared our common desire for the Number 10 or 45 to be on time. Us commuters and tourists at the bus stop were isolated individuals because the only thing we shared was being at a common place together, they were a community with purpose because they were drawn together in a common cause.

Just next to this bus stop at the end of Princes Street is a church building and I wonder at 11am on a Sunday are the people gathered there more like us commuters and tourists or more like the student football team as we wait on the bus? I have never been to that church so I don’t know but I have been to enough church gatherings to know that you can tell. Some church gatherings feel like waiting at the bus stop with strangers, you just happen to be at the same place at the same time to do the same thing but there is no sense of purpose or relationship. So just like in an Edinburgh bus queue, beyond pleasantries there is no real conversation. People are there as individuals to worship God and other individuals just happen to be there at the same time to do the same thing.

I have been to other church gatherings and lucky enough to be part of churches which have such gatherings which feel more like being part of that football team. There is a sense of deep dependent relationship built through common purpose, involvement in the mission of God. Missiologists talk about the church being a “communitas” not a community, a communitas is a community with a purpose, drawn together by sharing a common cause.

The more I think about it the more important being a “communitas” is to being church. If we don’t have a sense of common cause in the mission of God our gatherings will become ends in themselves and that will lead to us focusing on the wrong things, whether we like the decor, the seats, the music, the preacher etc. If like the football team we have a sense of being a community in a common cause our gatherings will be filled with significance as we celebrate successes, mourn failures, plan for challenges and seek the wisdom, strength and inspiration of our “player manager,” our Lord and Saviour.

Funny the things you think about at bus stops. 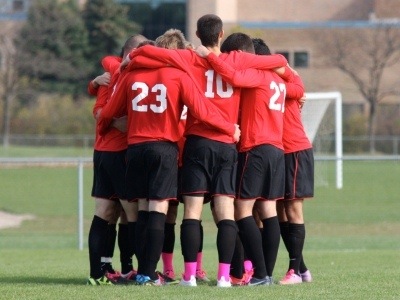 This entry was posted in Uncategorized and tagged communitas, mission, Missional church. Bookmark the permalink.