So Little Left From A Million 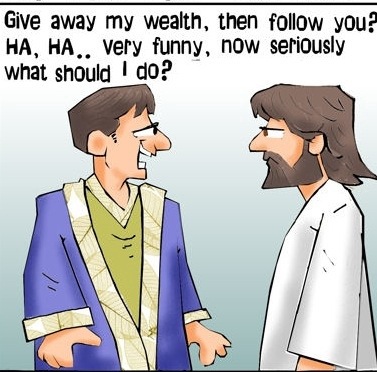 To anyone who knows me the confession that I get easily wound up is about as much news as the fact that the new Pope is Catholic. To be frank some things I get wound up about are really not of any great importance. I feel compelled to shout at the Scottish rugby team when they perform badly but I know deep down even yet another wooden spoon in the trophy cabinet at Murrayfield is no big deal. I get passionate about some other things which I think are of moderate importance. I feel very strongly for reasons connected to social justice that the Scotland would be a fairer place to live if we became independent. However, I know in my more lucid moments that staying in the UK won’t be the end of the world, its a good democratic country, it would just be a huge missed opportunity.

There is one area where I hold strong opinions that I feel I has some justification for occasionally getting more than a little hot under the collar. That is in connection with the Kingdom of God, if the nature of the Kingdom of God is not of ultimate importance to me then I really have no right to claim to be a disciple of Jesus. That’s why when I read the article above from the Independent newspaper about the impact of evangelicalism in the financial and banking sector in London I felt angry.

In many ways its a good article and it shows that a great deal of thoughtful work is being done by the church among those working in finance. However there was one statement made by a prominent member of Holy Trinity Brompton that I had to read several times over to make sure that he was actually saying what I thought he was saying.

Here is the quote:

“In this day and age, if someone earns £1m, I mean firstly you’re giving 80 to 85 per cent away in taxes – income tax, national insurance, VAT – then you provide for your family’s education, shelter, warmth; at the end of the day, there’s not much left for what you might call yourself.”

I am fighting hard here, and perhaps failing, from falling into judgementalism but here is an evangelical Christian saying that he struggles to sustain his lifestyle on an annual income of £1 million. Leaving aside whether a leading financial advisor in the city of London is in reality paying up to 85% of their income in tax, he would still be claiming that £150,000 is not enough to have decent standard of living. He is making that astonishing claim against the background of the biggest benefit cuts in our national history where many people will be left to provide, shelter, warmth, food etc for their family on a tiny faction of that income and will have to suffer the indignity of all indignities apparently of having their children educated at the expense of the State.

That quote reveals two things for me.

Firstly, I think this quote reveals that those who work in the world of high finance, who lets remember corporately are responsible for our current financial mess, are still totally out of touch with the real world in which most people in this country live. Its no wonder bankers have gambled for every bigger bonuses if it really is believed among them that £1 million leaves not much “for what you call yourself” There is little empathy in this financial wizard’s statement for those who have lost their jobs, who have seen wages cut or frozen and prices rise or who are having their benefits slashed. In fact, in a perverse way, he seems to be actually asking for our sympathy! Before we give that sympathy, lets not forget at the last budget this government slashed the top rate of tax from 50p to 45p making the 14,000 higher earners (including this one who is asking for our sympathy) on £1million a year or more at least £42,500 better off. The extra £42,500 pound in his pocket this last year when so many others were seeing their incomes cut still wasn’t enough to give him much “for what you might call yourself.” I am struggling to be empathetic to be honest.

The second point for me is the most worrying. The man who made this statement is a prominent member of probably the most influential evangelical church in the UK, Holy Trinity Brompton. Its pretty clear that at best Jesus had a difficult relationship with the wealthy of His day. In fact Jesus had an encounter with someone who seems a good equivalent of our rich young banker. Jesus’ encounter with the so called rich young ruler, ends with a statement which has been under greater microscopic inspection than the tax guidelines for loop holes ever since.

I have this comment on this verse by David Garland written in one of my bible, “”How can someone like the rich man live in luxury and be complacent about the needs of others, while professing discipleship to one who gave his life for others?” I do genuinely hope the quotation from the Independent turns out to be a misquote, for David Garland’s words to me express what I find most disappointing about what this man says, his complacency. No matter his protestations about the price of private schooling, this man is by most people’s standards in this country a very wealthy man and judged against global standards, fabulously wealthy, and yet he only bemoans how little he has for his self. That attitude for me is as out of tune with the values of the Kingdom of God as any rendition in song I have ever given.

His statement also raises questions for me about the nature of the Gospel we are proclaiming in the UK at the moment. I have a grudging admiration for the rich young man Jesus challenges about his attitude to money and wealth. He at least realised that his attitude to wealth was incompatible with Jesus’ call to discipleship and walked away. I wonder about our call to discipleship in the contemporary church if someone earning £1 million can claim to be a disciple of the selfsame Jesus and yet only bemoan how little he has to spend on himself! I fear that we may have been peddling a faith which does little more than offer a sop to the twangs of conscience of the already wealthy rather than calling on people to radically reorientate their lives around the values of the Kingdom of God.

I wonder if this raises questions about the extent to which our current evangelistic courses, such as Alpha, offer only a very individualistic and personal Gospel?

This entry was posted in Uncategorized and tagged Alpha and Wealth, HTB, Wealth and Christians. Bookmark the permalink.