Posted on March 5, 2013 by jamespetticrew 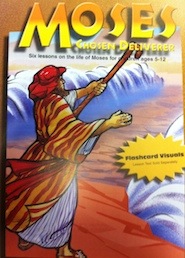 For as long as I can remember I have had a fascination with the story of Moses. I think it stems from my Sunday School days in the early Seventies. If you can remember them, the early Seventies was the era of black and white TV, interactive games and the whole world of the internet hadn’t even been predicted, unless you believe Gene Rodenberry the creator of Star Trek was some sort of prophet. Occasionally, Mrs Curry, our Sunday School teacher would cause intense excitement in our grey world by producing a large green covered felt board and telling us we were going to have a flannelgraph story!

Flannelgraph, for the uninitiated, was the height of high-tech in story telling in the seventies. Brightly coloured backgrounds and figures from biblical stories were placed on the board and then moved around and replaced to tell the story. It was riveting stuff in this world of rather grey entertainment for children. My favourite story was the Exodus. I loved Moses, he looked the perfect hero. The best part was, if we were very good, and sat up folded armed and listened, Mrs Curry occasionally allowed one of us to place the flannelgraph waves over the flannelgraph Egyptians, drowning the baddies. The power was intoxicating to a five year old! Later on I took my daughter to see Disney’s Prince of Egypt and renewed my enthusiasm for Moses, the all round hero, who this time could even sing! He was the all round hero!

My academic studies have given me a different perspective on the whole Exodus story. I now realise that despite his impressive flannegraph physique and singing ability in the film, Moses is not in fact the hero of the Exodus story. The real hero of the whole story is an amazing God, Yahweh. It is Yahweh who is portrayed as a Champion in the biblical story, a champion who will do whatever it takes to defend, protect and liberate people. You see in the ancient world there was a specific role of what was called a “kinsman redeemer.” What happened was if someone in your family, (don’t think 2.5 children, people carrier and Labrador, think extended family, clan or tribe) got into trouble the “kinsman redeemer” was meant to become the family champion, a sort of family superhero without the cape and gadgets. This champion was expected to do whatever it took to sort out the problem. So if a family member had suffered injustice, it was the role of this Champion to get justice for them, if someone had ended up a slave because of debt, this uncaped Champion was to pay the price to set them free.

The book of Exodus paints a harrowing picture of the situation that the Jewish people found themselves in, in Egypt. They were an oppressed ethnic minority suffering from economic exploitation and social injustice. Just like in sweat shops round the world today, the Israelites were made to do the heavy and dirty work and someone else benefited from their work. They didn’t own their land, had no way of improving their lot in life and their voice was ignored by the ruling elite. Not only that but things got progressively worse, what we would regard today as their most basic human rights were ignored and then violently violated. No wonder we are told that they cried out in despair and anger over the seemingly hopeless position they found themselves in. They must have felt that their cries of anguish was just whistling in the wind.

Its at this point of the story that the real hero enters, He tells a previously failed leader, “The cry of the people of Israel has reached me, and I have seen how harshly the Egyptians abuse them. 10 Now go, for I am sending you to Pharaoh. You must lead my people Israel out of Egypt.” Exodus 3 While the God’s of Egypt always backed the rich and powerful, after all Pharaoh was seen as one of them, this God responds to exploitation and oppression with compassion and action. Later in the story, he says he will “redeem” these exploited, powerless and oppressed people. He will be their “kinsman redeemer” their “champion” who will do whatever it takes to end economic exploitation, social exclusion and physical and spiritual oppression. If you have watched the Disney film or better still read the story for yourself, you’ll know that is just what this God does, He sets these people free from economic exploitation and social disadvantage as well as physical abuse and gives them the dignity of freedom and their own home.

Great story, but so what? Well here is what. Chris Wright, one of the top experts in the Old Testament part of the Bible makes this comment about the implications of this story for those who claim to be followers of this self same God today. “Part of the mission of God’s redeemed people is to reflect the character of their redeemer in the way they behave to others. And that means especially the chief redeemer, costly compassion, commitment to justice, caring generosity and redemptively effective action.”

Chris Wright is saying that being Christian is not simply about going to a church building on Sundays or even just helping other people encounter God. We cannot in any genuine sense claim to be followers of the God of the Bible unless like Him, when we see and hear exploitation, injustice and oppression we are moved with compassion to action. We are called to reflect His character in our attitude and actions, to be people characterised by “costly compassion, commitment to justice, caring generosity and redemptively effective action.” We are called in our generation, in this culture, to follow our God’s example in being “Champions” for the marginalised, the exploited, the poor, the disadvantaged, the voiceless, the powerless and oppressed.

I think more than a few people have raised their eyebrows and wondered why as a minister I am working for a housing charity. I suspect that many people see what I am doing as a distraction from the mission of the church. I don’t I see it as that at all, in fact I see its as an expression of that very mission. I believe in the Caledonian Foundation because I believe that is “championing” the cause of some of those in our culture who are experiencing economic disadvantage and to an extent exploitation in our contemporary housing market. I believe that measures such as the so called “bedroom tax” are unjust and an attack on some of the most vulnerable people in our society. It would be easy to be overwhelmed by the problems arising from problems in the housing market at the moment and these changes to the benefits system. There is no doubt that just like God, we are hearing the “cry”of people suffering from what is happening and I have no doubt that most of us are moved to compassion. Yet let’s remember compassion isn’t enough, to reflect our God’s character in our culture, we need to be involved in action. I really believe that the Caledonian Foundation is a simple way that you can do just that. The Caledonian Foundation work in the housing sector to enable people to have the dignity and stability of their own home is a powerful contemporary expression of this “costly compassion, commitment to justice, caring generosity and redemptively effective action.” which has to characterise God’s people in every generation.

By e-mailing me at jamespetticrew@caledonianfoundation.org 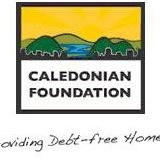