I’LL GIVE YOU A TITANIC TRAGEDY! …. a bit of a rant 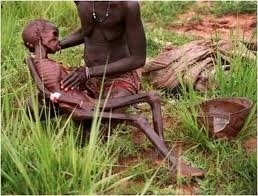 I have just watched yet another news item about the “Titanic Tragedy” and frankly I have now gone beyond being bored to being angry. Over the last month there have been major dramas about Titanic, the release of the Titanic 3D film, commemorative books, magazines, mugs and even teddy bears! Almost every news bulletin has a piece about the ship’s sinking and you can’t open a newspaper without some special commemorative pull out feature falling into your lap. Enough already!

There is no doubt that Titanic’s sinking was a tragedy and it was much more likely to have been a tragedy if you were a male in third class. But really why this obsession? I know its a story of melodramatic tragedy with hints or heroism and stoicism but as a culture we have got this way out of proportion. On one level the obsession with Titanic doesn’t bother me, if people have the money to go on a cruise to the site of the sinking, I think its a bit weird but hey lots of stuff I do is a bit weird in other people’s eyes. What bothers me is that somewhere between 1500-1600 people died that day. (numbers can’t be certain because people were travelling as stowaways and others didn’t turn up) As I said what happened was a tragedy for them and their families but its 100 years later! Now I am coming to my rant ….. what makes my blood boil is that while our tv and written press have been obsessing about the Titanic tragedy which happened 100 years ago they have been totally silent on the the tragedy of Titanic proportion of our generation.

What is this tragedy of Titanic proportions? …. Here it is in the words of poverty.com

“About 25,000 people die every day of hunger or hunger-related causes, according to the United Nations. This is one person every three and a half seconds, as you can see on this display. Unfortunately, it is children who die most often. Yet there is plenty of food in the world for everyone. The problem is that hungry people are trapped in severe poverty. They lack the money to buy enough food to nourish themselves. Being constantly malnourished, they become weaker and often sick. This makes them increasingly less able to work, which then makes them even poorer and hungrier. This downward spiral often continues until death for them and their families.”

Did you get that? ……… 1 person every 3 and half seconds, about 25,000 people a day die because of a lack of food. Someone has died in the time it took you to read that.

NOW THAT IS A TITANIC TRAGEDY …. and unlike the sinking of a liner 100 years ago this is tragedy that is happening now, and we can do something about.
Why can’t we as a culture get obsessive about this daily Titanic tragedy of our generation?
Why can’t our news bulletins have feature after feature on the 25,000 people who needlessly died TODAY, and yesterday, and the day before?
Why can’t our news papers produce special features that tell us not about the scandal of too few lifeboats 100 years ago but people dying of hunger in a world with a food surplus?
Why can’t we care as much, if not more, about those who die preventable deaths in our generation?
So don’t buy Titanic memorial anything, instead give to some charity who will save someone from dying in our generation.

This entry was posted in Uncategorized and tagged hunger, poverty, Titanic. Bookmark the permalink.

6 Responses to I’LL GIVE YOU A TITANIC TRAGEDY! …. a bit of a rant