I AM A SHEEP BEFORE A SHEPHERD 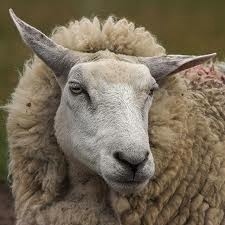 I said the other day in a post that I have been thinking a lot about leadership recently and thought I might share where I have been going in that process. I reckon I must have more than 50 books on leadership in my library, in every theological college I have studied at I have had to take courses on leadership and I think I have lost count of the number of conferences on leadership I have attended over the years. There is nothing wrong with all of that, there is no doubt in my mind that leadership is a vital skill for all church leaders and that personally I need to continue to improve my leadership skill set. However, and I suspect you knew there was going to be a however, I have been wondering recently if we haven’t overemphasised leadership? Perhaps saying that we have overemphasised leadership is the wrong way of putting it, I think we have neglected what Scripture emphasizes.

Here is what I mean, the Bible actually says next to nothing about the leadership competencies that we seem to prioritize, things like strategic planning, handling staff, changing organisational culture. The emphasis of the New Testament teaching on leadership seems to be on character rather than competence. The metaphors which the Bible uses to help us understand leadership draw attention to the fact that we are followers before we are leaders and as leaders. We are Servants of God before we are leaders of people, we are Apostles sent by God before we are leaders over churches, we must be sheep who follow the Good Shepherd before we attempt to be Shepherds of the flock of God. What I have just described, this separation of competence and character may be a bit of a false dichotomy when it comes to the Bible’s teaching on leadership. We shouldn’t set the Gifts of the Spirit against the Fruit of the Spirit. The Holy Spirit works within the church to both gift leaders with the skills they need to be competent and works within them to produce the character of Christ.

Nevertheless, I don’t have 50 volumes on followership as a leader and I haven’t had an invitation to attend a conference on being a better follower recently. I think what has happened is that in our rush to become more effective we have inadvertently prioritised leadership over discipleship. This can have serious consequences for the church and for those of us who are leaders. A friend of mine was closely involved in clearing up the moral mess at New Life Church in Colorado Springs after Ted Haggard’s very public fall from grace. This fellow pastor described to me how they found in that congregation a culture that emphasized leadership but in practice ignored discipleship. Leaders were judged on how they were growing ministries not how they were growing in Christlikeness. No one was asked difficult questions about how faithful they were as a follower if they were being successful as a leader. Thankfully very few church leaders fall like Ted Haggard but I wonder how many of us under the pressure of church work end up prioritizing leadership over discipleship? The work of leadership is visible and the path of discipleship is largely hidden so the easiest thing to do is to neglect our character and get on with the work of being a competent leader. We pay more attention to people’s demands both spoken and unspoken for us to get on with the work of leadership and fail to listen to Christ’s call to the work of discipleship.

This entry was posted in Uncategorized and tagged church, discipleship, Leadership. Bookmark the permalink.